Alexandroupoli is the largest city in Western Thrace in Greece, capital of Evros. It’ s an important commercial center that connects Asia with Europe. The city was settled by the Ottoman Empire in the 19th century and its first name was Dedeağaç, meaning “the tree of the old wise man”. Ιn 1920 the city was renamed to honour the King of Greece, Alexander A’ . Alexandroupoli is by the river Evros, a protected area of the International Ramsar Convention, as rare species of plants and birds live by the river. Visitors can walk by the sea, swim and enjoy nature, visit museums and small parks. The city is famous for the lighthouse, that started operating in 1880. There are neoclassical buildings (schools, museums, the municipal library). 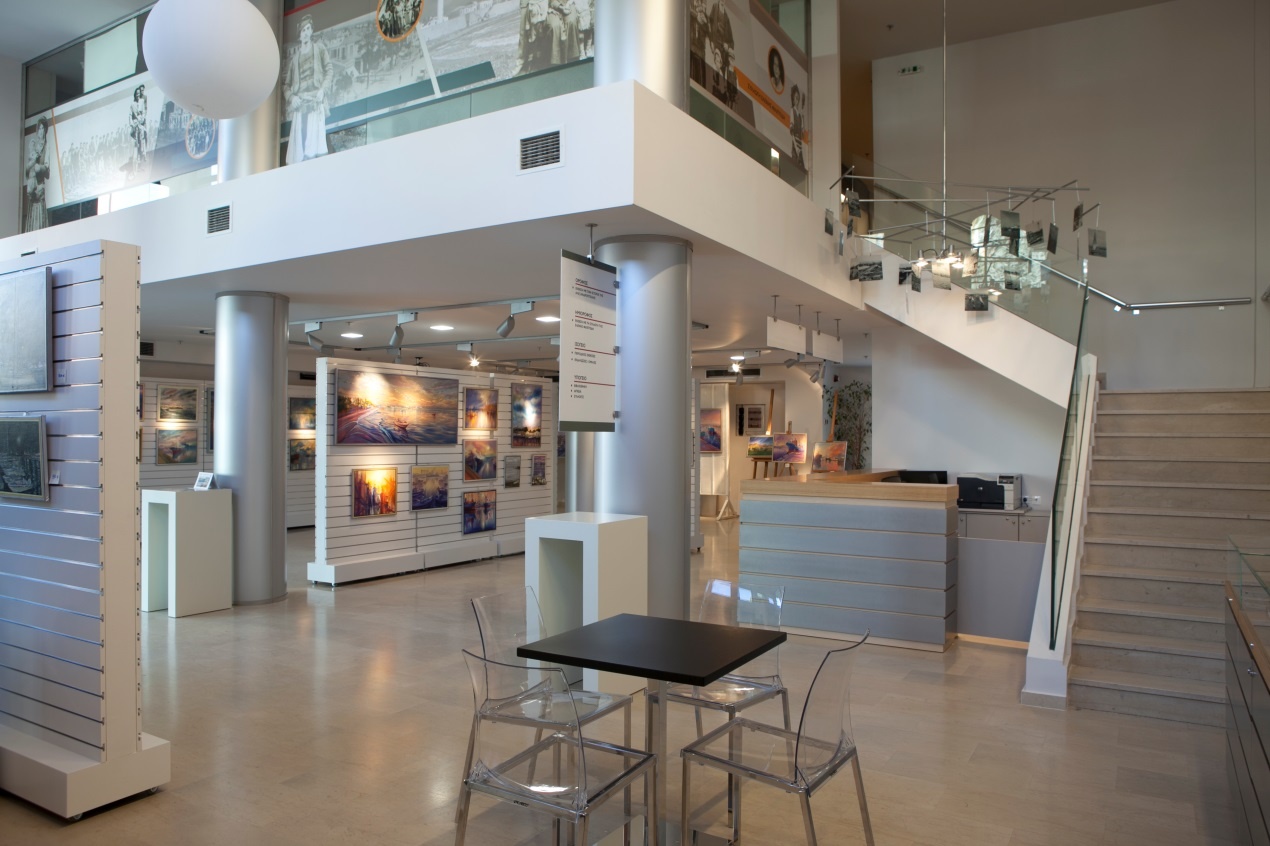 The building of Historical Museum of Alexandroupoli is located in the center of the city. On the 1st level exist the permanent exhibition with the history of the city of Alexandroupolis. It includes sections for the archaeological sites around the city, the foundation of the city, the relation with the railway and the port, the architectural character, the economic and political historical course, the cultural and social life and the population groups. The mezzanine hosts the Helen Filippides collection of “Sarakatsan” costumes and exhibits of their particular nomadic life. The ground floor is used for periodic exhibitions, various events of the Museum and educational programmes.

The activities took place in the museum, in the ground and first floor, where the participants inquired museum exhibits and made connections between past and present, of self and other-alter. The first meeting (November 13) focused on the concept of individual and collective identity through inquiring an exhibit: the historical ship “Kalomira” of the War of Independence in Greece in 1821. The meeting enriched by thoughts and feelings about life, hopes and dreams. These wishes were written down by the children, thoughts that were the basis for the next meeting. The team also took photos in several places in Alexandroupoli, as a creating to the others. During the second activity (November 27) children inquired the first floor museum exhibition, where historical photos and exhibits inform about several groups lived in the town. All these people had different culture, but they tried to exchange culture and memories. Ainites were one of these groups, that used the historical ship “Kalomira” to fight for human rights and freedom. Freeze frame, hot seating, as theatrical techniques, took place to express thoughts and feelings about self, others, life, wishes and dreams. The third meeting (December 11) was a various feedback, evaluation, but also interaction with other groups. Children in Alexandroupoli played piano and song a song, that they created as a fair well to other groups. Experiences were exchanged.
Skip to content